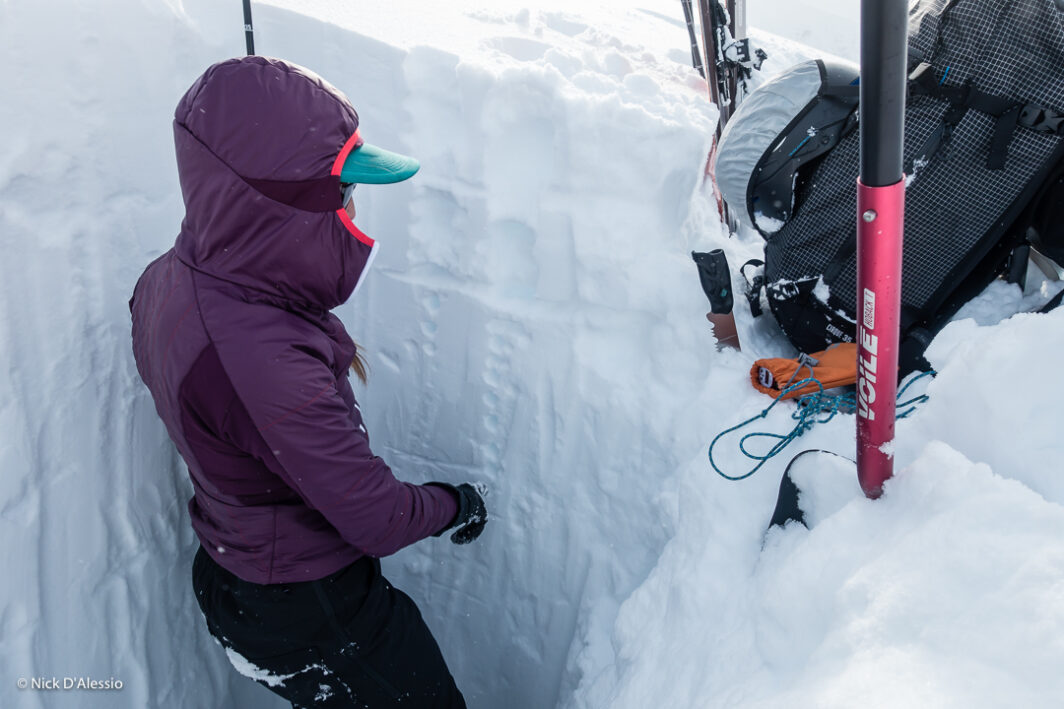 Voile has always been committed to building simple, solid, backcountry equipment. We have manufactured Voile Avalanche Shovels for over three decades. Our avalanche shovels have long been recognized as the industry standard among ski patrollers, mountain guides, avalanche forecasters, and even some military groups.

Voile’s namesake and CEO, Wally Wariakois, put his technical know-how to work. Wally created the avalanche shovel as we know it today: convenient, collapsible, and uncompromising. Back then, there was nothing like it. Other avalanche shovels followed suit of Voile’s simple, solid, backcountry design.

The original Voile avalanche shovel tool was made in 1981 in a now defunct foundry in downtown Salt Lake where molten tool steel was poured into a sand mold. In the spirit of innovation, we progressed to CNC machined shovels from a solid block of tool steel.

By 2008, Voile had manufactured over 1 million shovels. We retired our old shovel tooling and have since precisely machined all new tooling for our shovel production. It takes a 100 ton punch press to operate this tool and make a cleanly formed Voile scoop.

*Only exception is the Hoback Shovel, which has parts manufactured overseas but is still assembled and Q&C inspected in Salt Lake City.

Now’s your chance to win your choice of the Voile Hoback Series avalanche shovel and a Tourlight Avalanche Probe!

Winner will be DM then and announced 12/17/2020.
No limit on entries per person. No purchase necessary.  Must be +18 years of age and a legal resident of the United States to win.  One winner of both avalanche shovel and probe. Retail estimated value is $134 USD. All federal, state and local taxes and other fees associated with prize receipt and use are the sole responsibility of the winner. Winner is responsible for shipping costs. Credit will be given through www.voile.com and winner will need to create an account in order to redeem avalanche shovel and probe credit. This contest is not endorsed by Instagram or Facebook. By entering participant accepts a complete release of Instagram. Voile is not responsible for any risks related to use of product – use at your own risk.

1) Contest dates: 12/10/2020 to 12/14/2020 at 11:59pm MST
2) Tag 3 of your backcountry friends in the comment section of Instagram post.
3) Follow @Voilemfg and @Voilestraps on Instagram.
4) You must be +18 years of age and a legal resident of the United States to win.
5) Retail estimated value is $134 USD.
6) All federal, state and local taxes and other fees associated with prize receipt and use are the sole responsibility of the winner.

(Basically backcountry travel in inherently dangerous. Use at your own risk.) NO PURCHASE NECESSARY. A PURCHASE WILL NOT IMPROVE YOUR CHANCES OF WINNING.

Each Voile Avalanche Safety Gear Giveaway (“Promotion”) is extended and available only to legal residents of the US who are age 18 or older at time of entry. Void in all other states and where prohibited. Voile avalanche shovel and probe prize must be redeemed within 1 year of winning announcement.

Sponsor will randomly select winner on or about the date(s) indicated, from all eligible entries received to such date using a random number generator. There is no maximum number of entries the Sponsor may select for the final drawing, and Sponsor may select all entries for a final drawing at Sponsor’s sole discretion. Sponsor will select one winner as indicated on the Promotion Advertisement. Odds of winning depend on the number of eligible entries received and the number of prizes to be given away. Potential winner(s) will be contacted by direct message on Instagram at the account provided at the time of entry, or such other method as may be practical in Sponsor’s discretion, within 5 to 10 business days after the selection of winners. You are not a winner until Sponsor has verified your eligibility and compliance with these Official Rules.

Prize(s) consist of the items specifically named as prizes in the Promotion Advertisement- choice of Voile Avalanche Shovel Hoback series and Tourlight Avalanche Probe. One prize will we given away at estimated $134 UDS retail value. Sponsor reserves the right to substitute a Voile avalanche shovel prize of equal or greater value. Prize(s) are not redeemable for cash. No substitution or transfer of prizes will be permitted except at Sponsor’s sole discretion. All federal, state and local taxes and other fees associated with prize receipt and use are the sole responsibility of the winner.

At Sponsor’s discretion, winner may be required to pick up their prize at a specified location within a reasonable time period (as determined solely by Sponsor), or prize may be mailed to winner but the winner is responsible for shipping. Voile avalanche shovel prizes may be provided or mailed unassembled. Winner is solely responsible for assembling or arranging for the assembly of any unassembled prizes upon receipt. Any difference between approximate value and actual value of the avalanche shovel prize or any element thereof will not be awarded in cash or otherwise.

By entering and/or accepting avalanche shovel prize, participants and/or winners hereby consent, where lawful, to the use by Sponsor (and its authorized third parties) of their name, hometown, and/or biographical information in any and all media now known or hereafter developed worldwide, and on the Internet and World Wide Web, without additional compensation, and without the right of review, notification or approval.