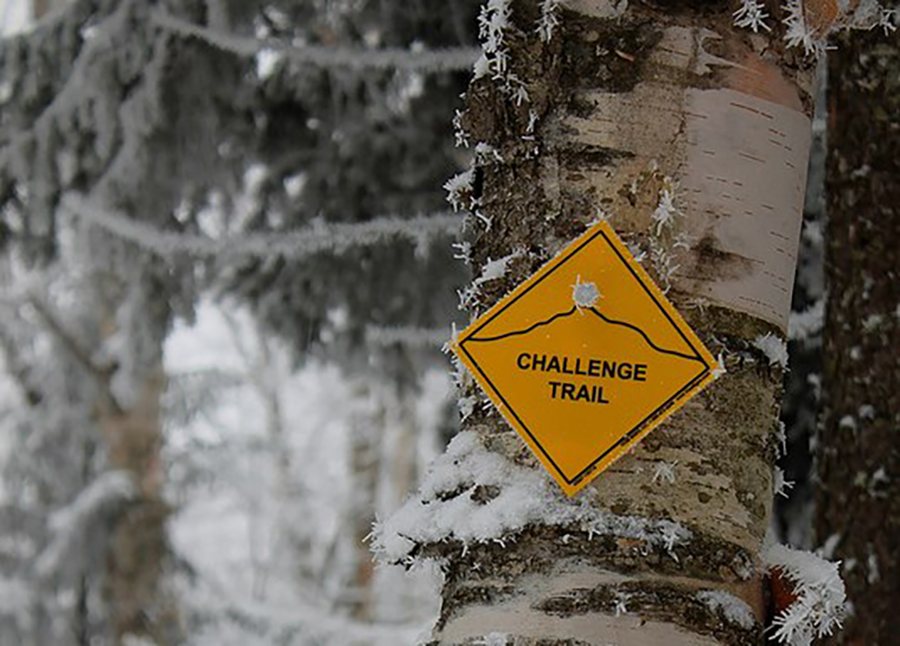 Each February, skiers of all levels set out to take on the Camel’s Hump Challenge. Over the years, due to the fickle Vermont weather, the Challenge has been postponed to later in the year or canceled altogether if the course is not navigable. Weather on the Hump can be intimidating on a cold Vermont winter day.

Just before the midway point, there is usually a small group of volunteers that climb up from the Waterbury side on the Monroe Trail to greet skiers with hot cocoa and chocolate treats. Always a welcome break.

The Mad River Ski Patrol has volunteered to sweep the Camel’s Hump Challenge course for the past 15 years or so, making sure all entrants make their way safely around the course. We have had as many as 12 members in our sweep group and as few as one. This past year the event was separated into two separate weekends to accommodate all the skiers that came out to support this great event. I swept the course on my Objective BC skis with another volunteer on a beautiful late winter Sunday, with epic conditions and bluebird skies.

As usual, the event went on without a hitch and without incident. I am happy to report that there has never been an accident on the course requiring patrol attention nor has there been any skiers that have needed assistance off the course. This does not mean, however, that there are not great stories that come as a result of this event. As a matter of fact, there is one story that has become legend among the Mad River Patrol.

On a particularly cold and stormy Challenge about eight years ago, our sweep team approached the beaver ponds along the southern portion of the course, the approximate halfway point and the highest elevation on the trail. As we entered the ponds, with their majestic views of the Camel’s Hump, we stopped for a moment to take in the views and catch our breath.

At that instant, from out of the woods on the trail behind us, that we had just skied, came a skier. Charging through the wind and snow like a Clydesdale in full stride, with his head down, he was about to ski right by us without saying “Hello.” We raised our arms and let out a “Yo!” in unison. Startled, the skier looked up as if being awakened from a trance. I said to him, are you coming up from the Monroe Trail? Obviously, he couldn’t be coming from the Challenge Trail, we had just swept it.

“No,” he said. “I’m doing the Camel’s Hump Challenge.” I told him that we were sweeping the course, and that we were the last group of the day. “How did you get behind us,” I asked. “Where did we pass you? Are you with a group?”

Second lap?!?!?! This is a 15-mile course and not an easy one at that. And this guy is on his second lap? Even the best conditioned Vermont BC skiers are sore after this jaunt, but this guy needed more. And not only is he doing a second lap, but he is also blazing through it like a teenager who’s late for a date. Also, this guy is no whippersnapper. My guess is that he was well into his 60’s at the time.

Marlboro Man of the Mountains

Wooden, waxed skis and leather boots. An old and worn out parka. A hat that looked as if he had worn it every day for the past 40 years. And a rugged, handsome face, like the Marlboro Man.

He explained that he was the first skier to leave that morning, ahead of the large pack of entrants, and that when he came around towards the end, he felt “good” so he decided to go around one more time.

Then with a tip of his hat he explained that he had to keep moving. We all nodded, mouths agape, and head’s turning in unison as we watched him glide away with a rhythm common to only those who basically live on their skis in winter. The Patrol is full of good skiers, but this guy was different. It was a beautiful site.

We never thought to ask his name.

When we arrived back at the start it was nearly dark, as we usually find the last group somewhere after the halfway point and then push them into the finish. Once we got into our comfortable apre’s ski clothes, found the beer and a spot by the fire we started asking around to find out who this animal was. To our surprise, nobody knew. Most had no idea of his existence. It was as if we were taking about Sasquatch. Then, one person said that his name might be Lew Coty. They said he usually comes early, blazes the trail, and then leaves. “He’s not much of talker,” she said.

For years the story of this guy would be told at parties and patrol events.

Over the next few years, each morning that we arrived at the start I would ask if there was an entrant that year by the name of Lew Coty. Each year I was met with the same answer. No luck.

I figured we must have the wrong name. But who was this masked man?

Then one day about five years after first seeing him, he appeared. We were sweeping the course again and on this particular day we had abnormally beautiful snow. The best in the history of the event. It was soft and deep; not the bullet-proof, ice capades that we are normally blessed with.

Snow continued to fall throughout the day, softly. Like a snow globe that had been shaken about two minutes ago. Our group was at about the ¾ point in the course and we were stopping frequently, pushing a small group with one intrepid 80-plus year-old man who was skiing the course for the first time. We were happy to be making sure that he was getting around safely.

As we sat in the snow on the side of the trail, giving our octogenarian friend a little breathing room, we marveled at the beauty of the Camel’s Hump woods, the falling snow, and the day’s decline. I was now thinking that this would be another year in which we would not find our mystery skier.

At that moment, out of the fading light, in the distance on the trail behind us, there was movement. I stood quickly and made my way onto the trail. It was a skier, a lone skier. It had to be him.

As he got closer, I was sure it was him. His head down, heels kicking high, and snow flying up behind him as he strode, I had to yell for him to stop or he would have just blown right by us. He gazed up in surprise and asked if everything was okay. I said yes, and that I was sorry to have stopped him.

“We’ve been looking for you for years,” I said, then explained to him the story of our search.

“I didn’t realize I was so famous,” he replied with a smile. I told of how amazed we were to find him charging through the snow on that cold and windy day all those years ago, well into his second lap!

Then I said to him, “So this is your second lap, right?” He smiled at me and held up three (gloved) fingers.

Three? Three laps? That’s close to forty miles…And he still looked as if he wasn’t tired. As with the first time we had run into him, he wasn’t even breathing heavy. The legend was growing.

During the following summer I ran into a friend of mine who is a long-time resident of Stowe and avid skier, very involved in alpine racing in the area. I thought of Lew and asked my friend if he had ever heard of him. “Lew Coty? Of course, I know who Lew Coty is. Everyone in Stowe knows of the Coty family. And anyone who grew up in Stowe in the ‘50’s and ‘60’s knows that Billy Kidd was not the best skier in Stowe, it was Lew Coty.”

I ended up getting Lew’s contact information and subsequently I became part of his weekend ski group. He takes groups of skiers, anyone hearty enough to try to keep up with him, on excursions around the Stowe area; which he knows like the back of his hand. These are all-day jaunts. Anyone with interest can contact him through me. If you are up for a wonderfully punishing day in the Vermont backcountry, I have just the guide for you 🙂 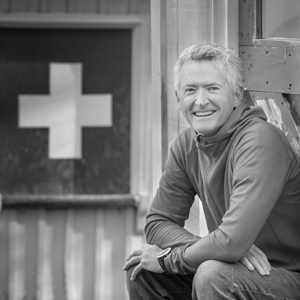