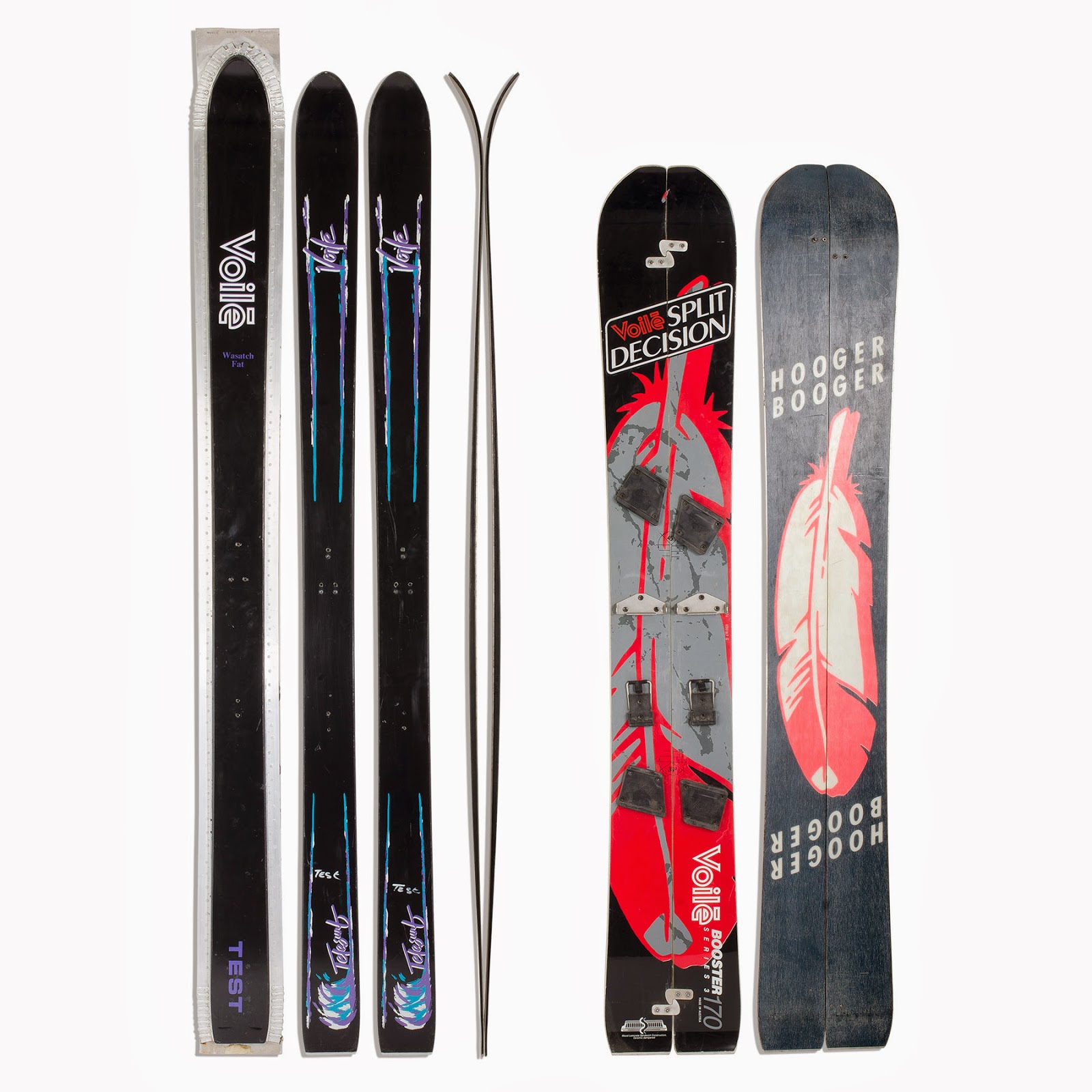 Look what came into the shop today!…. No big deal, it’s just the first Voilé ski ever made! Pressed sometime around 1994, at the Evolution Ski company in Salt Lake City. It was first called the Wasatch Fat, which later became the Tele Surf. It was 185cm tall: 117mm in the tip, 95mm at the waist and 110mm at the tail. At the time of pressing, it was on the cutting edge of ski design. It was short, fat, had a bit of side-cut and was light for it’s day (8lbs 11oz per pair). Compared to our current line up of skis, it would be the narrowest and the heaviest, but for it’s time it was a pretty big deal.

And what’s that sitting next to it, on the right, you ask? Well, that’s the first ever split board taken to SIA tradeshow. Around the same time that the Wasatch Fat was being made, Voilé was developing and securing patents of the world’s first commercially viable splitboard intereface. This Hooger Booger splitty was the one and only splitboard on the showroom floor, and it’s reception was less than warm. We were laughed at for our foolishness. No one could seem to understand the desire to have a snowboard that acted as skis. Fortunately for us, Wally and Cowboy were unfazed by this criticism and continued to pursue their passion for unadulterated powder.

The word innovation gets tossed around a lot these days in the winter sports industry, but rarely is it true. We’d like to think we have two, pretty significant, innovations right here. What do you think? What were you riding back in 94?