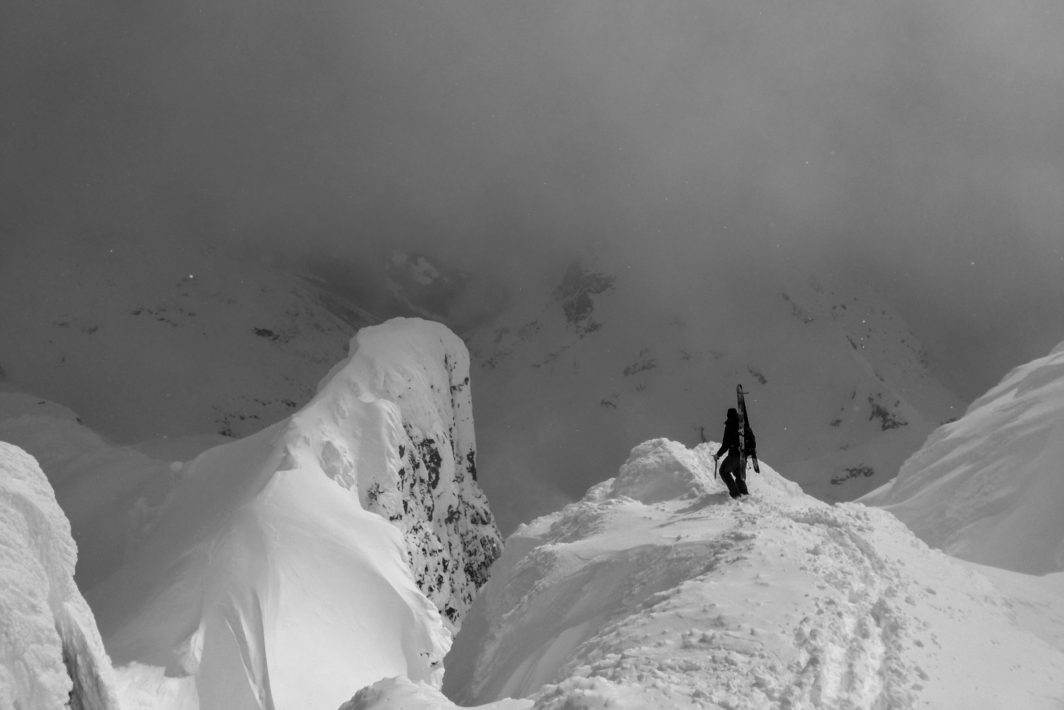 I recently went on a trip to BC’s Coast Range near Pemberton to see what all the hubbub was about. I was with two of my long-time ski partners, one of them my longest backcountry ski partner. In typical fashion, the coastal mountain weather didn’t make it easy for big objectives, but after several days of getting shut down by avalanche hazards and visibility things were looking up for our last day of the trip skiing British Colombia’s Coast Range… 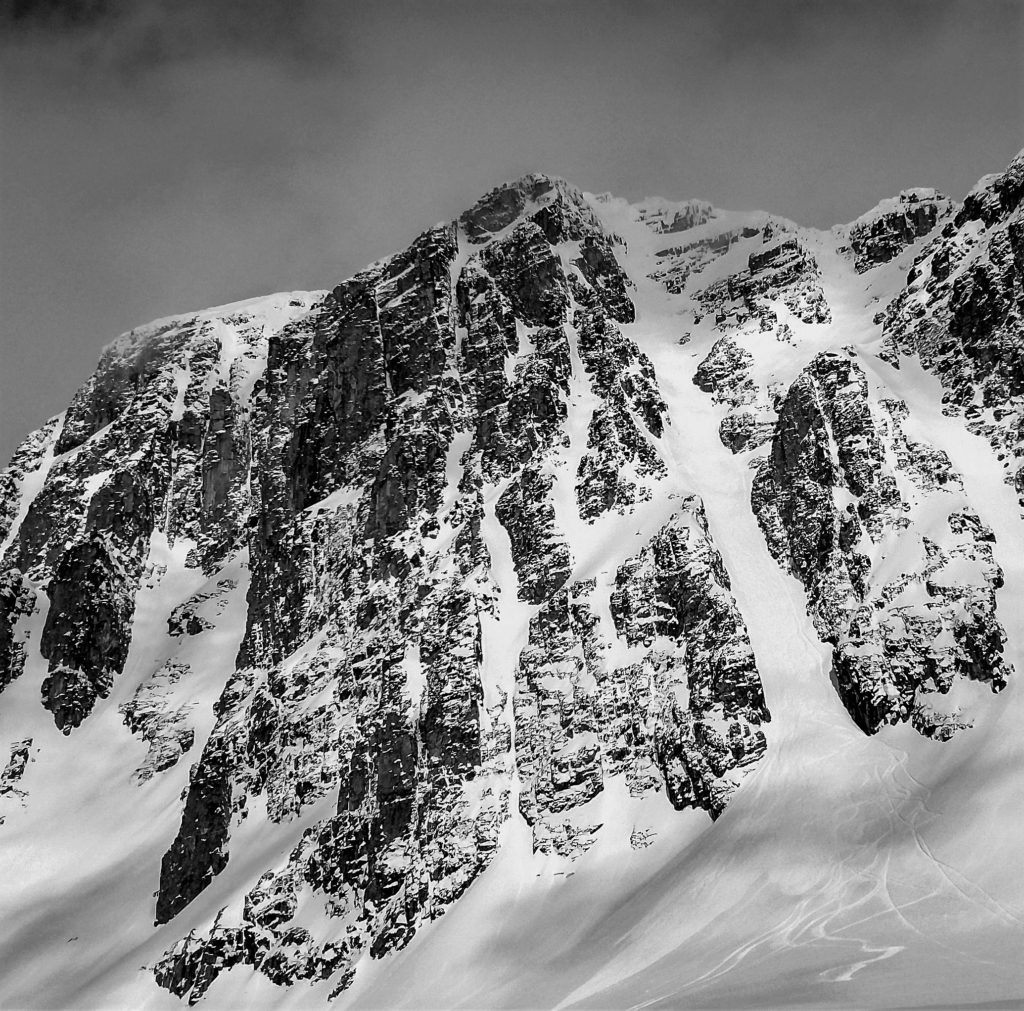 Our first objective for the day was Joffre Peak. We ran into some motivated college aged young men while climbing Joffre Peak’s classic summit couloir called the “Aussie” (actually, we followed their staircase to the top of the mountain like wise old ski mountaineers do, never getting so close as to give them the opportunity to ask us for help). While on top, their stoke level was full on. With 30cm of new snow and a cloud cover keeping the powder in the SW Couloir cold and safe, we urged them to drop in before the sun came out in full force. They seemed perplexed by the idea, since they wanted to ski the couloir in bluebird. After simply explaining the effect that would have on the stability and the quality of the snow, they nodded, grinned and stomped into their heavy metal skis and prepared to drop in. Although all of our stability tests on the way up led me to believe the snow was stable and safe, with a huge start zone for a couloir, the first turns made me leery.

With my fair share of close calls over the years and a healthy respect for the consequences for couloir skiing gone bad, my general approach to skiing in exposed terrain is to make deliberate and conservative turns, paying close attention to the snow around me in case I need to pull up or make adjustments to my downward route. 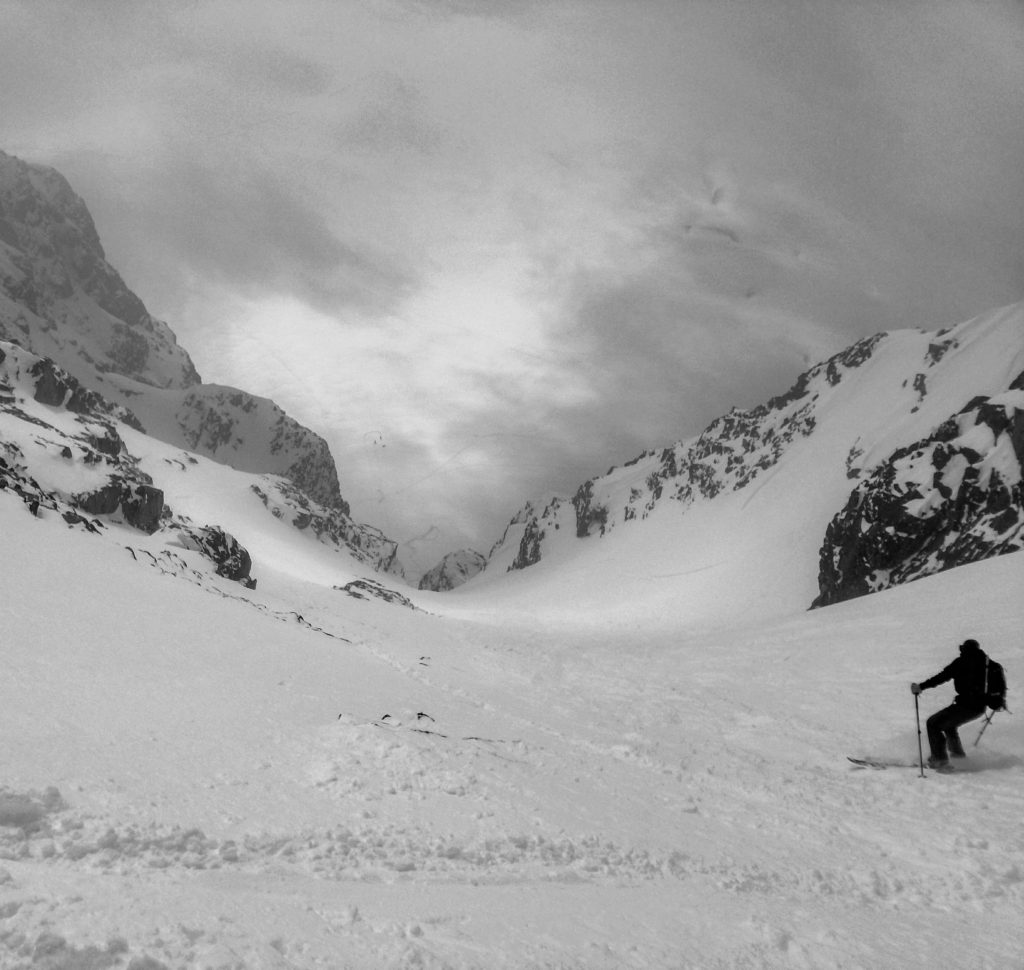 The first kid drops in fall line, never hesitating to see how the snow stuck together after his first turn and to my horror, his buddy waited about 5 seconds and dropped in faster and harder with his hands waiving above his head like the boogey man. I had a horrible feeling and started to say something out loud and caught myself mid-sentence when I remembered that their other buddy was standing right next to me. He got my drift and said that his buddy was new to this backcountry skiing thing, and was still figuring it out. I replied “yeah, I just worry, that’s all.” He then skied off, and after a bit my partner dropped in and then myself. I was glad to be going last, as there was no human hazards above me. The skiing was great and I made my turns through the steeps to where the fall line skiing eases up in steepness and fall consequence and opened it up to the bottom of the couloir. Once at the bottom, I learned that one of the young men tomahawked the final few hundred feet of the couloir coming to rest in the apron exclaiming “that was the best run of my life!” and as he stood there watching his buddy descend the couloir, his buddy got caught in his slough and came tumbling past him with the slough just missing his spectating partner.

My buddy Brian and I both look at each other and chuckle that we remember trying to kill ourselves unsuccessfully numerous times when we were younger, and chalked it up to living and learning in the mountains, just like we have done.

Our second objective for the day was Mount Matier, what appears to be the matriarch of the region, with it’s incredibly aesthetic North Ridge and NW Ramp off of the summit shoulder.

Crampons on the boots and ice axe in hand, Brian and I work our way up Matier’s north ridge. I watch Brian ahead, plodding along and am overwhelmed by how cool skiing British Colombia’s Coast Range is. I scream ahead to Brian, “this ski mountaineering shit is the coolest thing ever isn’t it!!?” Brian looks back and says with a s***-eating-grin, “yeah it is pretty f***ing cool”. That is when I am able to put the mental gymnastics in my head to rest for the time being. It is worth it. There is nowhere on earth that I feel this clear, this stoked, this alive…it is a gift and I am not going to ignore it, I am going to embrace it. 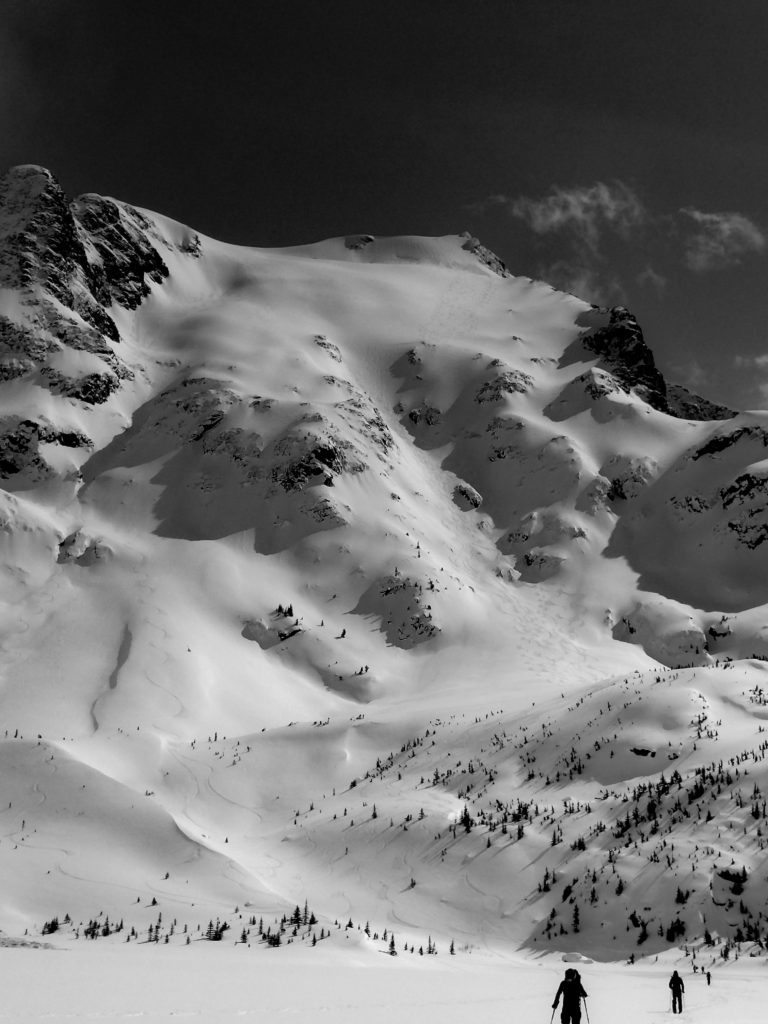 As I click into my skis, getting ready to descend the steep powdery NW ramp, I am overcome with a sense of gratitude and appreciation for my life. A window of sunshine lights up the ramp and I let gravity take over. As I ski down in perfect steep powder conditions, my turns throw the cold pow into my face, blinding my vision temporarily, but it does not matter, I am in the zone and childish giggles bubble out of my mouth followed by uncontrolled hoots and hollers like a savage animal.

Brian and I now head to the North face of Slalok Mountain and the Stonecrop Glacier to complete our trifecta of epic ski descents for the day. We slog up the last climb of our 8000’ of climbing for the day, and gain the summit ridge of Slalok above the Stonecrop Glacier. Stability is still feeling really good and cold powder conditions are present. 3600’ of fall line skiing later, we are standing on Joffre lakes with quads screaming and big grins slathered on our smug faces. That’s as good as it gets I say to Brian, who calmly says, “Yep, that’s pretty damn good.” 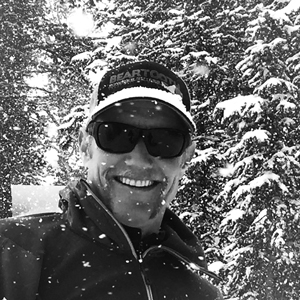